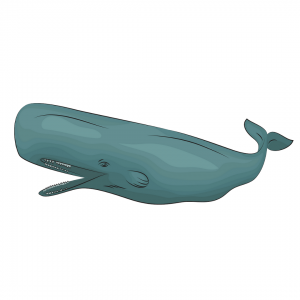 Bad news! More than 100kg (220 pounds) of trash was found in the stomach of a sperm whale found stranded on Isle of Harris, Scotland. 😥

Waste included plastic cups, fishing ropes and nets, bags, packing straps and gloves among other items showing the damage we are doing to our oceans.

Remember, millions of tons of plastic waste ends up in the ocean each year. One example of this is the Great Pacific Garbage Patch, the largest concentration of marine debris in the world.

It is located in the Pacific Ocean, and is estimated to be 1.6 million km2, around three times the size of France, or two times the size of Texas, and growing. The vast majority of debris is made of micro plastics that can’t be seen by the naked eye.

And this has an impact on humans too!

A study by the University of Newcastle in Australia has found that in average, people ingest 5 grams of plastic every week, or 2,000 micro plastic particles. This is equivalent to eating a credit card every week! 😨

Micro plastics can be found in fish, but can also be found in water, beer, shellfish or salt. Drinking water has the highest concentration of micro plastics, and bottled water is even worse! Shellfish and salt follow.

What can we do?

Find hundreds of easy eco tips and learn how to be more eco friendly, go zero waste, reduce your carbon footprint and many other ways to help the planet. Find also news, facts, information and quotes to learn more about topics like climate change, global warming, plastic pollution, energy savings, recycling, and many more! We think raising awareness is the first step towards a greener world, so help us share this!
We use cookies to ensure that we give you the best experience on our website. Click below to accept.OkPrivacy policy