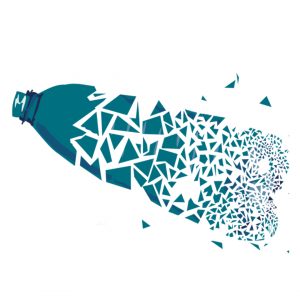 Scientists have identified the highest concentration of microplastics ever recorded on the seafloor.

This was recorded at the bottom of the Mediterranean sea, near Italy.

The study led my the University of Manchester found 1.9 million plastic pieces per square metre!

These included fibres from clothing, tiny fragments from larger objects that had broken down, or fish nets pieces.

Microplastics (less than 1mm) are concentrated in some locations due to bottom currents.

Remember, millions of tons of plastic waste ends up in the ocean each year. One example of this is the Great Pacific Garbage Patch, the largest concentration of marine debris in the world.

It is located in the Pacific Ocean, and is estimated to be 1.6 million km2, around three times the size of France, or two times the size of Texas, and growing. The vast majority of debris is made of micro plastics that can’t be seen by the naked eye.

And this has an impact on humans too!

A study by the University of Newcastle in Australia has found that in average, people ingest 5 grams of plastic every week, or 2,000 micro plastic particles. This is equivalent to eating a credit card every week! 😨

Micro plastics can be found in fish, but can also be found in water, beer, shellfish or salt. Drinking water has the highest concentration of micro plastics, and bottled water is even worse! Shellfish and salt follow.

What can we do?

For more ideas on how to be more eco-friendly, visit our website and find hundreds of easy eco tips 🌿